Michael Prosenik's won the VicDrift Series on the weekend with a close and hard fought battle between himself and fellow Victorian driver Moe El Haouli for the Series.

With a strong qualifying result in 2nd, Michael fought hard in each battle with a re-run against Thomas Sabo almost handing the Series win to Moe but with a win, Michael made it into the Final battle with fellow Xtreme driver Beau "The Show" Yates.

Beau and Michael both hard great proximity on one another with door on door runs for both chase and lead runs but a slight tap from Michael coming into turn one handed the round win to Beau.

Michael finished up with a points advantage over Moe and now goes back to back Series wins for the VicDrift Series. 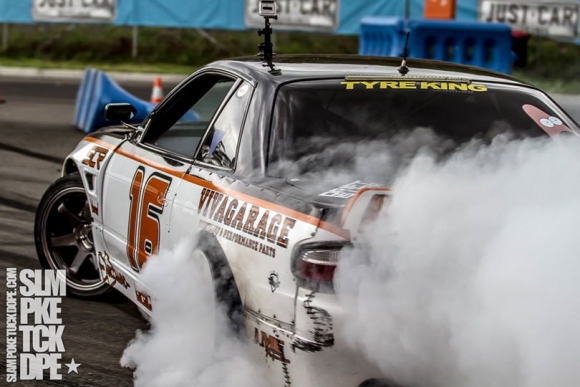