Xtreme driver Beau Yates has taken the win at Round 2 of the Hi-Tec Drift Australia All-Stars at Sydney Motorsport Park.

After a strong podium finish at Round 1 on the Peanut Track, Round 2 on South Circuit went up a notch with faster entry speeds making for a great debut for Beau with his new motor set-up.

Beau debuted the 2JZ a couple of months ago but this round had the new package which produces over 500HP at the wheels. The 2JZ uses a Single Turbo set-up with several custom touches by Hypertune who've helped develop the whole package.

Beau has chosen the Xtreme 230mm Twin Plate Race Clutch for the revised set-up with the Package including a Chromoly Flywheel and an Xtreme Conversion Cylinder with custom braided lines. The Clutch has been designed and engineered to suit the Swedish-built Tractive 6-Speed Gearbox with a 2-way differential helping put the power to the ground. "The Engine and Drivetrain package has been designed to be bulletproof, reliability is vital in this sport and a small failure can ruin an entire weekend" says Beau Yates. "We've been using Xtreme Clutches for close to 10 years now and its a part of the driveline we needn't worry about".

Beau qualified the Toyota 86 into 1st position after some fast qualifying runs. Beau then battled through to the Top 2 where he met close friend Jabbit in his 2JZ-powered Nissan S15. Both cars run very simlar set-ups and were evenly matched however Jabbit was forced to retire with car issues and Beau took the win.

Beau now leads the championship with Round 3 to be held at Adelaide International Raceway on June 6th. 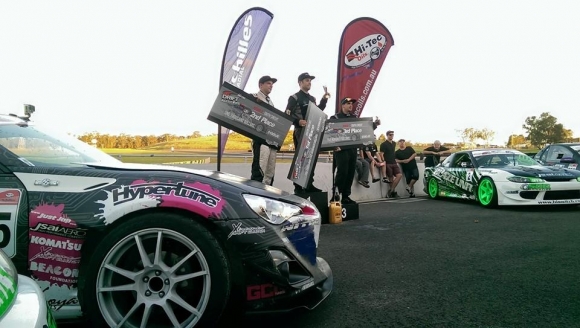