Australian Clutch Services have extended their sponsorship deal with Nissan Motorsport for 2017 after a successful 2 years with the factory team.

“We are thrilled to be partnering with Nissan Motorsport again for 2017.” Says Brenton Jordan, Australian Clutch Services Managing Director, “The team is highly professional in every aspect of their operations and we look forward to seeing their performance in 2017.”

Nissan Motorsport saw a number of excellent results in 2016 with a win at the Darwin round a major highlight. ACS sponsored driver, Michael Caruso, finished the season in 10th place behind Garth Tander from the Holden Racing Team. Nissan Motorsport finished in 8th place in the team standings.

The team will be welcoming a new driver for 2017 with 28 year old Simona De Silvestro officially joining. The Swiss driver brings a wealth of experience to the team with an impressive background in open wheelers including IndyCar and Formula E. Michael Caruso will be continuing on with the team after finishing as the highest placed Nissan driver in the 2016 championship.

“We are thrilled with Nissan Motorsport’s line-up for 2017” says Mr Jordan, “It is great to have Michael Caruso back in the car after his impressive results this season and we are excited to see Simona De Silvestro join the team with her extensive motorsport experience. We look forward to seeing the team progress even further in 2017.” 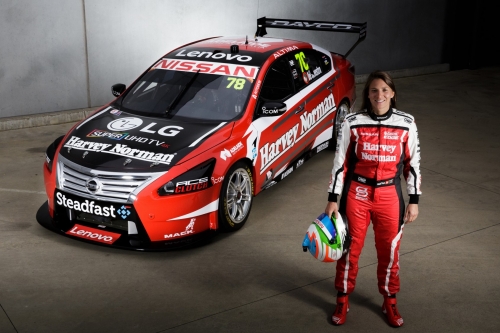