Andy clean sweeps at Ten of the Best!

Xtreme-Sponsored Andy Forrest has taken out the “Ten of the Best” (TOTB) with an outright win for the 3rd year in succession, Fastest Top Speed, Fastest ¼ Mile and the Fastest handling circuit qualifier.

Ten of the Best is a multi-skilled event that includes elements of drag racing, top speed and time attack.

Andy won the drag event with a time of 8.6 down the ¼ mile; he won the top speed event with the fastest speed of 201.6MPH and a class winning time of 37.27 on the handling circuit.

Xtreme’s flagship 230mm Twin Plate Carbon Clutch handles the monstrous 1000+bhp and shock loading with ease and has been running in the car for an entire season with plenty of life left to give, which is not something that can be said of all clutches Andy has used. “My previous clutches have always needed changing often 2 or 3 times per season, this one has measured up like it could go run another season when we inspected it recently, I’m very impressed”. 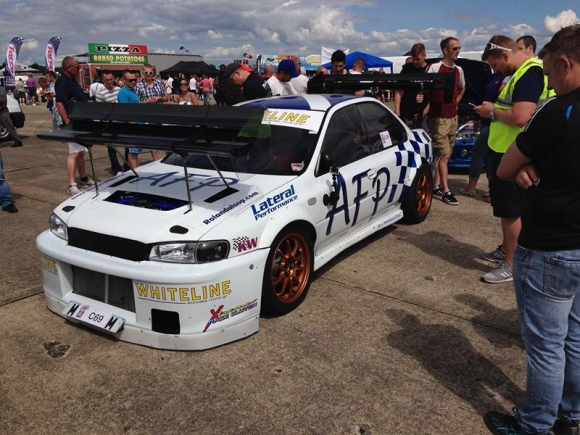