After outscoring teammate Gaz Whiter in his Nissan V8-Powered S14 in qualifying, Dan went on to beat last seasons Pro-Am champion Cam Vernon in the Top 16, fast-rising Auckland Driver Zak Pole in his Nissan R33 Skyline in the Top 8 then fellow series front-runner Andrew Redward is his Mazda RX7 in the Top 4.

He then went on to complete a perfect day beating Nico Reid in the Luxury Sports Nissan S15 in the Final Battle.

Victory was especially sweet, Woolhouse said, because so many of his loyal fans were at the Toll yard to see it.

“I’ve got a lot of support up here (Northland) but not many people can afford to travel when the next closest round is usually Pukekohe. It’s awesome when we have a round here because we get people from here (Whangarei) but also from the far north”. 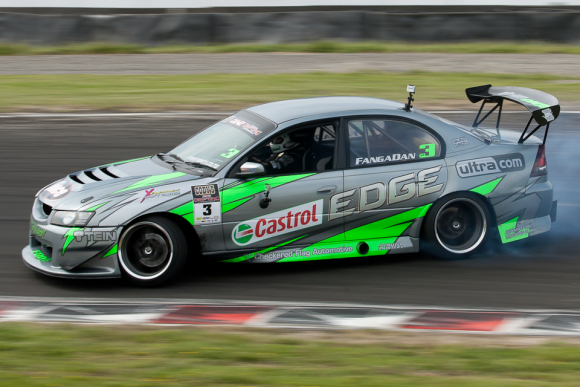