Xtreme-Sponsored Tim Possingham has finished the 2013 Targa Adelaide with a class win in Early Modern as well as 5th outright out of the entire field of competing cars. Tim, along with co-driver Ben Scott managed to lead every stage over the 4 day event with a decent gap after the Intercontinental Special stage at the Showground’s on the Wednesday.

The Nissan R32 GTR performed faultlessly throughout the 4 days with some wet, windy & very average conditions to contend with making some stages very slippery & quite dangerous at times.

The Targa Adelaide, now in its third year attracted a large number of cars both local & interstate with cars ranging from late model EVO's, R35 GTR's & even the newly released Toyota 86 contesting the event. Local driver Steve Glenney won the weekend with some impressive times in his Nissan R35 GTR with a closely fought battle with last year’s winner, Jason White in the Lamborghini. 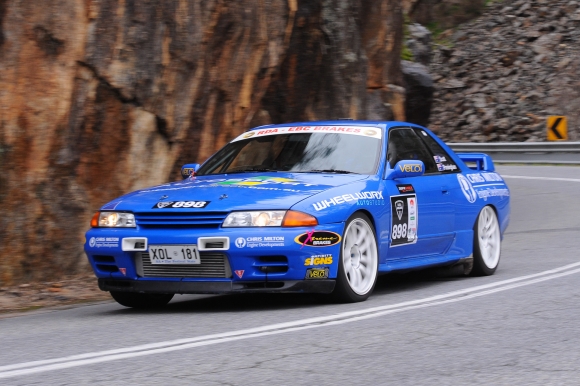