Xtreme Sponsored Michael Truscott has been invited to compete in the 2012 Tectaloy Drift Challenge. The Competition which runs in conjunction with the World Time Attack Challenge at Eastern Creek Raceway will see 32 competing drivers from both Australia, New Zealand & Japan.

Michael, who many know as a true pioneer of the sport having competed as early as 2005 was invited after his recent success's in the Tas Drift Series where he won the Series as well as his success of the past few years with strong results in both the Vic Drift Round's & the Drift Australia Series.

Michael has been using an Xtreme Clutch for many years in his Nissan Silvia S13 with the car seeing many changes since Michael began competing almost 8 years ago. The S13 uses an Xtreme Drift Clutch along with a Chrome-moly Drift Flywheel to handle the 250RWKW's+ along with an RB25 Gearbox fitted only recently for not strength but reliability. 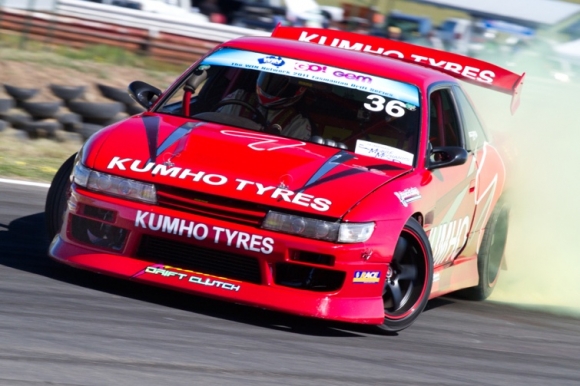