Xtreme-Sponsored Tom Monkhouse had a point to prove on the weekend in the opening round of the 2013 G1 Drift Series. Tom finished last season winning the final round to finish the year in 2nd overall only narrowly missing out on taking the championship win. This made him even more determined to get off to a strong start in the 2013 Series.

Tom began the opening round with a strong qualifying result only to have a leaking head gasket almost ruin his day, With some quick repairs Tom managed to qualify in the top 16. He worked his way through the battles to come up against close mate Anthony Cece in the final battle, Tom managed to keep on the door of Anthony’s Nissan Cefiro to score higher points & finished up the eventual winner after some close but very exciting driving by both drivers.

“The first round is always exciting & despite the car issues, the car feels great & no matter how hard I drive the car the clutch still works perfect & feels great, you wouldn’t know it’s a Twin Plate”

Tom has been using the Xtreme 200mm Twin Plate in his Nissan 180SX with the car making over 250RWKW’s.

For further information on the Xtreme Twin Plate range please forward all enquiries to sales@xtremeclutch.com.au or contact 1800CLUTCH 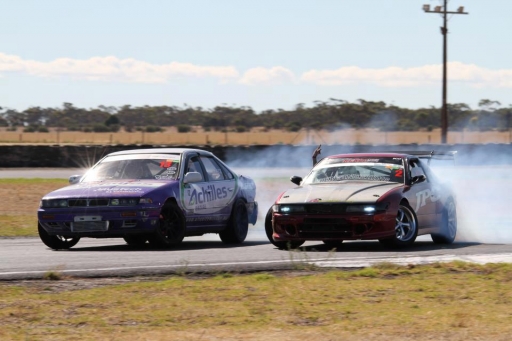