UK driver Adrian Smith has continued his winning streak in the Toyota Sprint Series at Blyton Park. Round 2 of the series, held on the 7th of May, provided great competition to the series contenders with a variety of popular classes taking to the track. Adrian competes in the Pro class of the event, which is for the fastest and most seriously prepped cars running in the series. A time of 1:07.39 cemented his class and outright win with Stan Hawrlyak close behind with a 1:08.42. This is the second win in a row in 2016 for Adrian after he won 4 out of 6 events in the series last year.

Smith won the series outright in 2014 and 2015 in his race prepared Toyota GT86. As the owner of Toyota tuning specialist, Fensport, Adrian had a wide variety of aftermarket components to choose from when building his 500hp race car. Adrian chose to run an Xtreme Clutch 230mm twin plate ceramic kit behind the FA20 engine. The car also utilises a Samsonas 6-speed sequential gearbox.

Competitors will be back on track on the 12th of June for round 3 of the series. 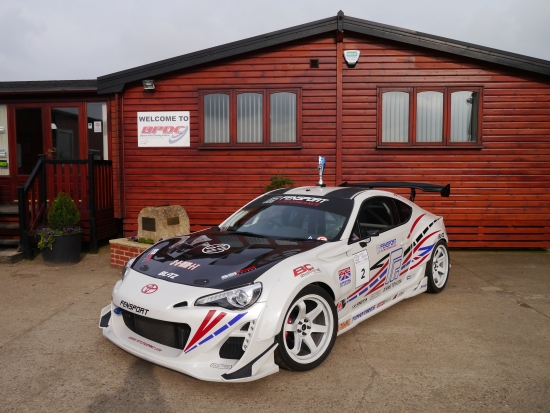