"Fanga" Dan Woolhouse's 2004 VY Holden Commodore has been featured as Front Page in NZ Performance Car for February. The RB26DET Powered Commodore has recently been built by Dan to compete in the NZ Drift Series for 2009 & to appear in Promotional Events for Sponsor's.

Xtreme Drift Clutch have provided Dan with an Xtreme Triple Plate Carbon Clutch with almost 1350KG's Clamp Load to handle the punishment of Drifting. The RB26DET Powered Commodore is now making over 350RWKW's on only 15PSI but stay tuned for further updates as the Xtreme Sponsored Commodore aims for over 400KW's. 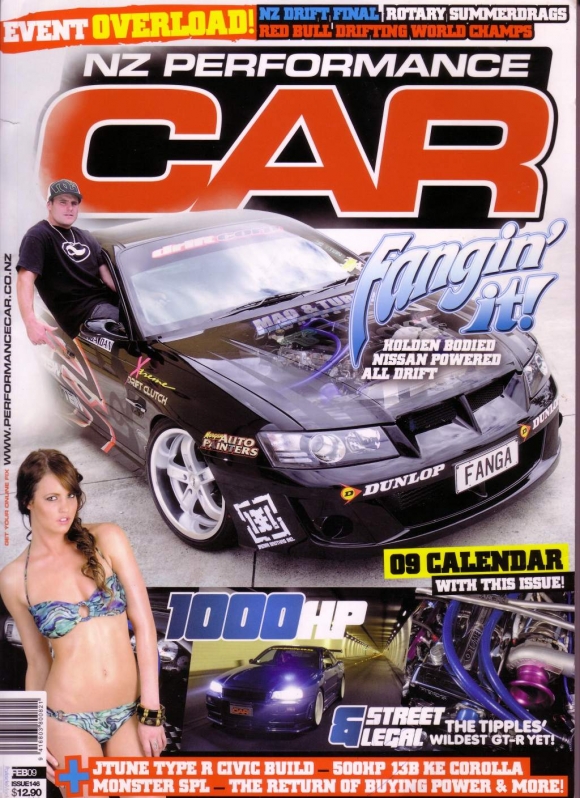