The Final Round of the NZ Drift Series will be held at Pukekohe Raceway on October the 17th. Xtreme-Sponsored Gaz Whiter (Nissan Silvia S14.5) has already won 2 of the past 3 rounds in the series & is now narrowly leading the championship from "Mad Mike" Whiddett (Mazda FD RX7).

Gaz has also just recently won the D1NZ Drift Series after a solid finish in the Final Round which was held at Whangarei, New Zealand. 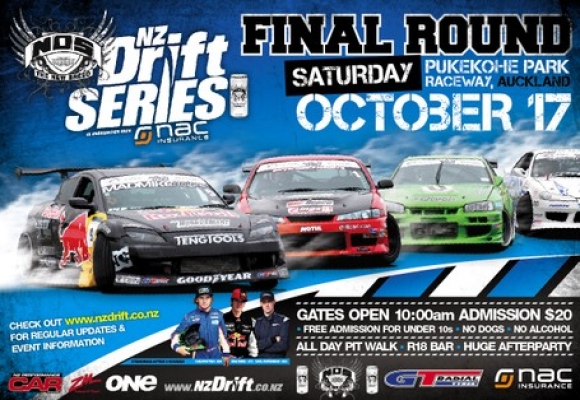