Just days after the announcement that Nissan will be withdrawing from the Supercars Championship, Nissan Motorsport co-owner, Rick Kelly, has taken victory in race 13 of the championship at Winton Raceway in Victoria.

Kelly had been running in second place for most of the race until he was able to get by Scott McLaughlin after a safety car restart. Kelly was able to hold this position to take an emotional victory.

"What a fantastic result for the whole team. We were able to convert the speed we produced in qualifying to maximise the afternoon. But it certainly was a tough race and very tense at the end. We managed to put in good laps early and then make the pass when we needed. This result is for everyone in the team that has worked very hard and will hopefully generate momentum into the next part of the season.” Says Kelly.

Saturday’s strong results were backed up with a 4th for Rick Kelly and 5th for ACS driver Michael Caruso on the Sunday.

"We got a good start and spent the early part of the race in 2nd.” Explains Caruso “It’s a shame we weren’t able to hold onto it. It’s been a solid weekend with two good results for my car, so we’ll head to Darwin now and enjoy the sun. We have achieved some success up there, but just getting in the car is motivating in its own right. We’ll keep working on the path that we’re on and hopefully have a good showing up north."

The Supercars will be heading to NT for the Crownbet Darwin Triple Crown on the 15th-17th of June. 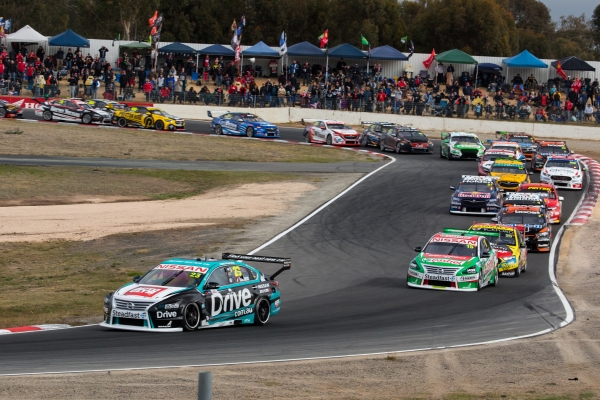