ACS sponsored Nissan Motorsport has announced the signing of driver Simona De Silvestro for the 2017 season. De Silvestro, who brings a wealth of experience to the team after involvement with various categories around the world including Formula 1, Indycar and Formula E, finalises the Nissan Motorsport line-up for 2017 with Michael Caruso currently re-signed and both the Kelly brothers expected to continue.

De Silvestro has had two Supercars starts, both as wildcard entries at the Bathurst 1000, and has shown impressive potential. “Simona’s performance at Bathurst this year was outstanding. You could see in the data the amount of potential in Simona. So next year will be very exciting.” says team co-owner, Todd Kelly, “To have built a race team that can attract a driver of Simona’s international experience is a testament to the hard work of everyone here at Nissan Motorsport. I have been racing in Supercars since I was 17 years old and I’ve only really worked with cars from this category, so it’s great to now have someone who has experienced motorsport from all around the world. It’s exciting to be able to compare how we do things here to what Simona has experienced elsewhere.”

De Silvestro is looking forward to the challenge of driving the Nissan Altima after many years of open wheel experience. “My expectations for next year in 2017: I think it’s going to be a pretty big challenge for me. Like I’ve said before, most of my career has been in open wheel. The Nissan Altima was feeling pretty great at Bathurst, so I’m sure at the other tracks I’m going to be able to adapt a lot quicker. Learning the tracks and working with the team will be a big challenge but looking forward to it.”

The 2017 Supercars Championship will kick off at the Clipsal 500 Adelaide, March 2-5. 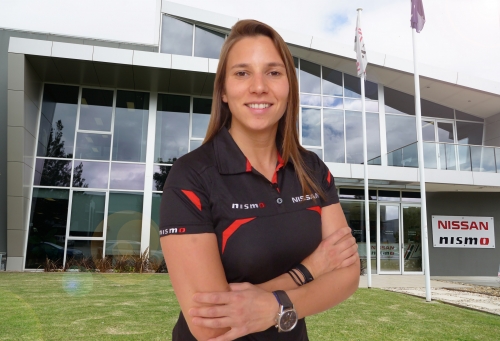