The ACS-Sponsored Norton Hornets will campaign a retro livery at this year's Supercheap Auto Bathurst 1000, paying homage to the Bluebird Turbo that took pole for the 1984 Great Race.

The predominantly white scheme will be run on the #36 Altima of Michael Caruso and co-driver Dean Fiore at the October 9-12 event.

The move marks the first historic livery to be run by Nissan since its rejoined the Australian touring car scene at the start of last season.

As part of the 30 year anniversary, the Bluebird and its original driver George Fury will drive several laps over over the race weekend.

The Headlights will wear the ACS signage in a distinctive black and white scheme for the historic weekend.

"With the red and blue stripes, Michael Caruso's Nissan Altima looks a treat and we can't wait to see it at the Bathurst 1000" said Brenton Jordan, ACS Managing Director. 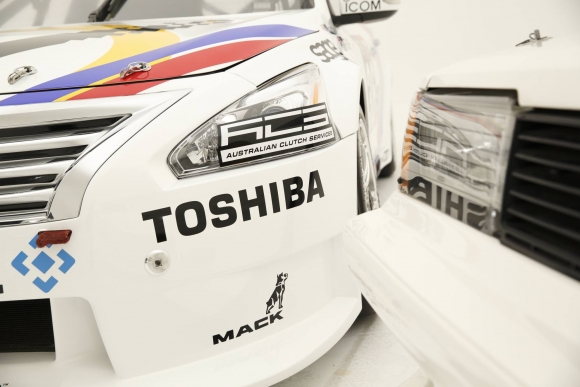