The Driftsquid has won the 2015 G1 Drift Series after another exciting and close round.

Round 3 of the G1 Drift Series was held at Mallala Motorsport Park and was always going to be close with 3 drivers tied for points and in contention for the Championship.

Xtreme driver Jake Jones in his RB-powered Nissan Sonvia, Daniel Prior in the ISC sponsored Nissan S13 and Elliot Wylie in the Garage 7 sponsored Nissan Laurel were all in the hunt for the title. Jake got off to a promising start with a strong 2nd spot in Qualifying before heading into battles. Jake came up against some strong competitors and progressed into the Final 4. Jake narrowly lost his Top 4 battle to Scott Miller which gave him 4th spot overall for the round.

"I can't thank everyone enough for the support, its been so surreal. I would just like to thank all of my sponsors, fans and family for believing in me and supporting me along this journey, this has been a dream for over 5 years and it's a good feeling to finally get the championship" said Jake Jones. 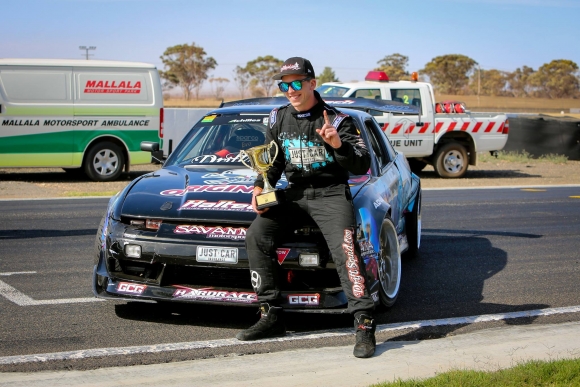